Note: This interview was completed in August 2019. The submission process for the IMFP is now closed and winners will be awarded in September 2021.

August 2019 – The 2020 International Media Festival for Prevention (IMFP) is now accepting submissions! The IMFP, which has been running since 1990, showcases films and multimedia productions about safety and health at work from around the world. It will be an integral part of the XXII World Congress on Safety and Health at Work, taking place October 4-7, 2020 in Toronto, Canada. We are pleased to have the opportunity for a Q & A with the organizers Martina Hesse-Spötter, Chair of the ISSA Special Commission on Prevention and President of the ISSA Electricity Section and Cristina Portero, Project Coordinator of the International Media Festival for Prevention. 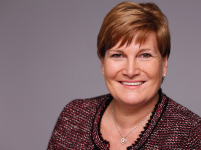 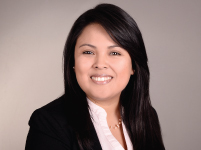 How did the IMFP start?
In the 1960s, the first institutions began to use films as a medium for prevention and started to produce safety films as well. The BG ETEM (German Statutory Accident Insurance Institution for the energy, textile, electrical and media products sectors) is the statutory accident insurer responsible for the film production companies. As a result, the organization had a close connection to the film industry and in the 1960s, the BG ETEM started pioneering work and produced the first prevention videos for the insured companies and persons in the associated industries. Films therefore played an important role as a medium for national prevention work from an early stage.

In 1970, the BG ETEM founded the Electricity Section of the ISSA, which by the way, will be celebrating its 50th anniversary next year.

Then, the General Director of the BG, who was also the President of the ISSA Electricity Section at the time, transferred his positive experience with films into the international work. When the World Congress on Safety and Health at Work was held in Hamburg in 1990, there was a great opportunity to present films on safety and health at work to an international audience. And so this was the first time an international film festival for prevention took place with great success.

How did you first get involved with the IMFP?
Martina: My first IMFP, and at the same time my first World Congress, was in Vienna in 2002. At that time, I had been elected Secretary General of the ISSA Electricity Section, and as its representative I was involved in the organization of the IMFP for the first time. I was very impressed by the immense commitment shown by all those who were involved in the working group and in the Jury Work and by the great interest and very positive feedback of the audience.

Cristina: I started working for the ISSA Electricity Section in 2016 and my first project was the organization of the 2017 IMFP in Singapore. This was my first job at an international level as well as in the occupational safety and health field, so I had to learn a lot about it!

Coordinating the IMFPs in Singapore (2017) and now in Toronto (2020), has been really one of the most enriching experiences I have ever had. Seeing so many people, organizations, producers and others committed to this aim is just amazing. I have to say, I am very much looking forward to the 2020 IMFP!

What have been some of your favourite moments so far?

There are so many! We will name a few. We’ll start with the moment the winners find out they’ve won. It is such an exciting moment, watching them come on stage and proudly taking their prizes into their hands and their reaction is always priceless.

Another favourite moment for us is the work we do behind the scenes together with the international working group and the jury. Every three years these colleagues do this work in addition to their normal jobs and they do it with a lot of passion and commitment. Working with them is always fun and very fruitful.

Since 2014, we present the Special Media Session during the first hour of the World Congress. This is great for us since we can present our main topic, which is the focus on excellent media to support successful prevention work. This also gives us the opportunity to award the IMFP winners in front of approximately 3000 people in a plenary session. It is always fascinating how many dedicated colleagues from the prevention and filmmaking field you meet during this session and also afterwards during the interviews at our IMFP Cinema, which runs throughout the whole World Congress.

What are you looking for in upcoming submissions?
We are always looking for means that help us best to convey the prevention message.

We look forward to a great variety of productions, both different media, as well as the different styles. From training films to feature films, from factual information to emotional awareness videos, there will certainly be a wide range of different approaches to choose from. The boundaries between the individual media are becoming increasingly blurred. Today, campaigns on one topic often contain a variety of media that interact and support the transport of the message.

How and when can people submit their work?
The registration runs from August 1, 2019 to February 29, 2020. You can register on our website www.mediainprevention.org.

This time the submission process allows participants to create a personal account, where all their data and entries will be saved. They can now fill out the form, save their data and change or continue filling it at a later point. Just do not forget to send your entries before February 29, 2020!

We accept, for example, films, websites, apps, web-based training, social media and software. Submissions can be made by national and international organizations or institutions as well as by agencies, filmmakers or individuals.

Where can people find you on social media/online?
You can visit our website www.mediainprevention.org in order to get specific information about the IMFP and the submission process, and you can take a look at productions from our two last festivals. Information about the 2020 World Congress can be found on www.safety2021canada.com. And for the latest news, you can also follow us on Twitter @IMFP2020, #IMFP2020 and on our new Instagram account @imfp2020.

We are very excited and looking forward to receiving all your outstanding productions!

How does the festival help promote health and safety around the world?

In the past years, we have received feedback about how people feel inspired by this festival and how they start thinking about which media they can use in order to fulfill their goals and successfully transport their prevention message. This is why we are thrilled the moment this inspiration turns into concrete actions. One good example is the Indian Safety Song and Video Contest 2019, which took place in Mumbai, India in February. It was inspired by the IMFP and received more than 30 outstanding OSH productions from different regions in India.

We are also very pleased that the number of participants has grown very fast since the first IMFP in 1990. We have received a lot of positive comments about the organization of this event and its message. We invite all of you to share your experience with us in Toronto. We are looking forward to seeing you there!
© XXII World Congress on Safety and Health at Work