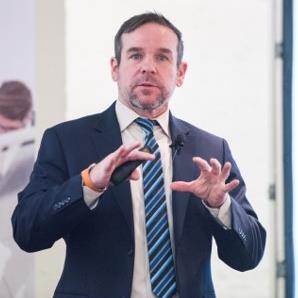 Wolf Kirsten is a social entrepreneur and Founder of International Health Consulting based in Tucson, Arizona and Hamburg, Germany (www.wolfkirsten.com). His consulting portfolio is truly global, advising companies on health and well-being strategies such as Johnson & Johnson, IBM, Siemens and Saudi Aramco in many regions of the world. In addition, he has consulted the World Health Organization (WHO) on developing global guidelines for Healthy Workplaces. He also advised the governments of the Kingdom of Saudi Arabia, Bahrain and Mongolia on the development of a national strategy for health promotion.

Mr. Kirsten received his Master of Science in Health Promotion Management from American University in Washington, DC. He is a German native and lived many years abroad (United States, England and China).

Procedures, processes, and risk assessments are only one way to improve OSH. Beyond the old safety framework approach, what is crucial is to create a culture which translates OSH into something tangible, related to daily life of workers. The session will draw on practical experiences to demonstrate the potential of strong workplace OSH culture to support OSH performance and business success.