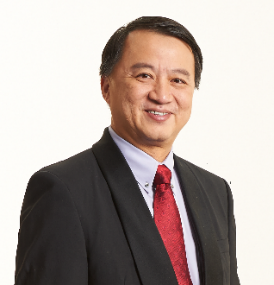 Engineer (Er.) Ho was appointed as Commissioner for Workplace Safety and Health from 2015 to 2019. As Commissioner, he spearheaded the transformation of the work injury and ill health prevention culture.

Under Er. Ho’s leadership, a new Workplace Safety and Heatlh (WSH) framework was introduced in 2005. He was instrumental in the formation of the WSH Council which led to greater industry ownership by industry for WSH outcomes. He led in the development and implementation of the WSH2018 strategies and laid the groundwork for the WSH2028. The WSH2018 strategies resulted in the reduction of workplace fatal injury rate by more than 60% from 3.1 in 2006 to 1.2 per 100,000 workers in 2019.

Er. Ho holds several positions in various organisations including:
He was President of the 21st World Congress on Safety and Health held in Singapore in 2017.